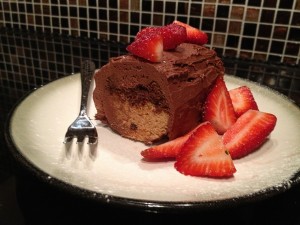 This is a delicious and light dessert and is great for a dinner party as you can make it hours ahead, or even the day before and keep it chilled in the fridge under cling film.