I used to get so tired of trawling through the pastry of home made mince pies.  Pastry on the bottom, pastry on the top and very little mincemeat in the middle! Bring back any memories?

Here are a few variations to try and spice up the average mince pie, plus a basic pastry recipe. 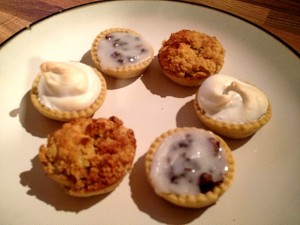 I like to use a 12 hole muffin pan to make my mince pies deep. That way you can fit more mincemeat in. It also allows you to put the icing on the top without it spilling over the sides when it is setting!

There are many variations of pastry to make it a little different, for example, adding a little cinnamon to the flour and maybe instead of water, try orange juice!